River carefully refolded the battered newspaper clipping and slid it into her breast pocket , it was her most valuable possession, Her history.. Her mother had never been tracked down. she had been named River Rok by the man who had found and cared for her before handing her in to the authorities Rocky Jones. She had always dreamt of finding him to thank him for caring for her and giving her something her mother didn't care enough to do, A chance at life and a name. He had saved her life but what did she have to show for it .
At 20 River was homeless she had spent much of her life in and out of foster homes.
An angry child who lashed out at everyone around her. she had been labelled difficult and emotionally unstable, when all she wanted was to feel loved, Feel wanted by someone. She ran away so often that in the end they just stopped looking. ("A drain on our resources I mean she's almost 16 now finding her a foster placement is damn near impossible. She'd be out of the care system in less than a year anyway" her social worker had told the Board )

River had found  allies in other runaways and they stayed in squats for a few years, until the others had turned to drugs or crime in some cases both. Not wanting to go down that road River had taken to spending her days in the library browsing the internet and reading the books. She had found a new group of aquaintances  some college students who also visited the library, As they became friends she was offered use of their sofa's for the night.  River alternated between her friends sofa's not wanting to overstay her welcome in any one place. She became known to her friends as Rok the sofa surfer.

After a couple of years this had become the norm until Donna the newest member of the group had returned home drunk from a night out with her boyfriend. After letting River in and putting Donna to bed Toby (Donna's boyfriend) decided River should thank him for letting her stay and proceeded to try his luck. River screamed and tried to move away. Hearing the commotion Donna staggered out of her bedroom. She was just in time to see Toby push River to the ground he accused her of stealing and they threw her out with nothing but the clothes on her back (good thing she always layered her outfits) and her pay as you go mobile which was in her pocket.

River had found herself back in the place her story had started. huddled up and drifting off to sleep in the doorway of the local fast food restaurant.
She was roused by the most amazing aroma, Nutty sweet and warm. She opened her eyes and was greeted with a smile, It was a  kindly older man grasping a Styrofoam cup of coffee he offered it to her and invited her inside to drink it. River looked in at the now open restaurant with the busy staff bustling around preparing for the morning breakfast rush and felt mildly embarrassed.
"It's much warmer inside and we don't bite" the man reassured her with a smile.  River stood up and followed the man into the restaurant. she fell into the nearest booth. "You must be hungry too" The man gestured to someone near the counter and they bought over 2 muffins which he placed on the table in front of River 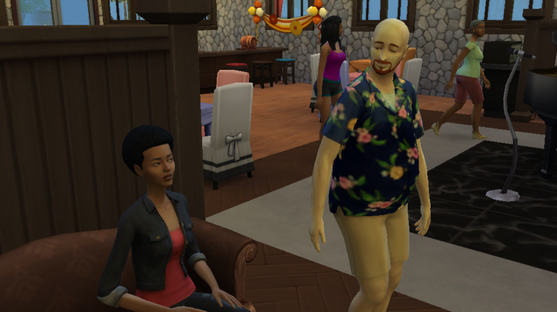 "Oh how rude I didn't introduce myself I'm rocky the manager here. "r...r...r Rocky" River stuttered as she scrambled for her newspaper clipping.
River stands up and Places the crumpled paper in Rocky's Hand. He carefully unfolds the delicate cutting, Yep that's me. "I'm River y...y.. you saved me" she shrieks, her face begins to crumble like the paper she had once lovingly carried and the tears start to flow along with the wail's she is unable to hold back. River is suddenly aware that all eyes in the restaurant have fallen on her, The dirty noisy mess in the corner. Regardless she cant control it she just cant stop.
Rocky holds her in a friendly embrace and whispers "I'm sorry I prayed you would have a good life, But here you are crying in my arms again. Things are going to change River Your new life begins today". 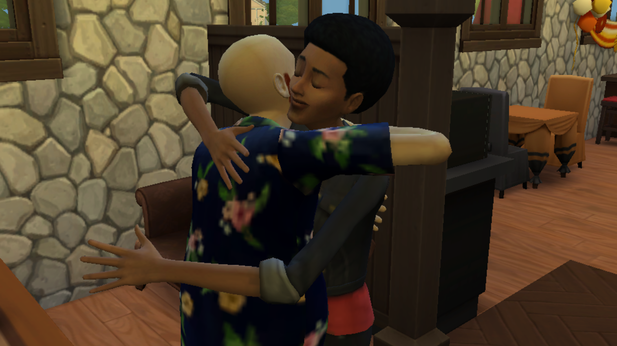 Armed with $20'000 ( A gift from Rocky) and the starter home directory. you have been given the chance of a lifetime. Your task is to purchase and flip houses until you earn enough to build/buy your dream home.